Read the testimonials of some of our customers. 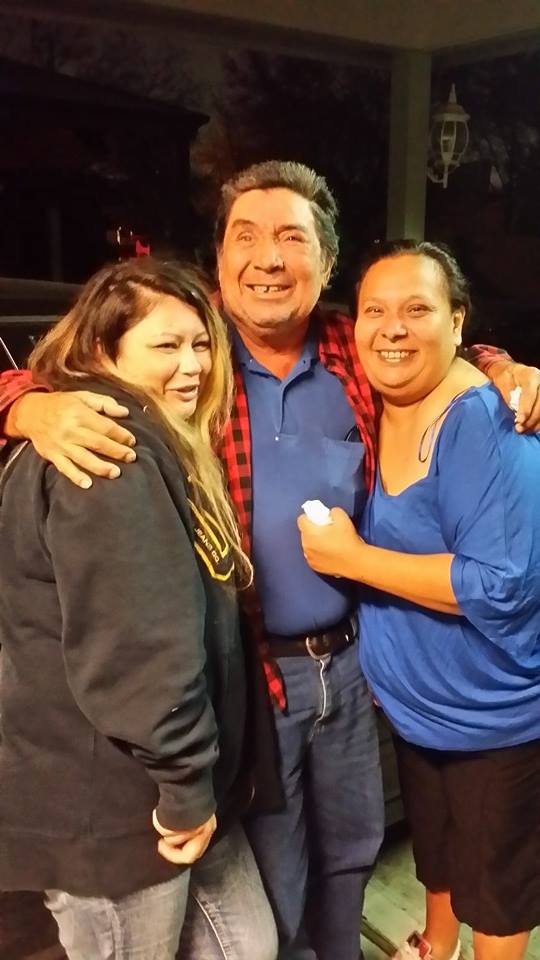 My name is Patricia, and I have lived the last 42 yrs of my life not knowing who my father was, until January 2nd of this year!  I was told many stories about what happened to my father including him being in the mafia, him being deceased, and him not wanting to be a part of my life.  The only information I was given was his name.  For Christmas my husband decided to hire a private investigator in an attempt to find my father; he knew how much it would mean to me.  I was unaware of his plan or the measures he took to make this happen.

My husband hired a PI by the name of William Albright towards the end of December, he was taking a huge gamble to hire someone who may or may not find anything.  His efforts were not in vain! Five days after Mr. Albright was hired he hit the jackpot!  He called my husband to give him the good news that my father had been located, as well as a sister, and many other family members.  My husband gave me the news the same day and it was one of the most amazing days of my life!  My father was alive, I had a sister, and I was about to get the chance to meet them and so much more family I had lived my life not knowing existed.

We were given two phone numbers to contact…and the call led me to an aunt; my aunt led me to my sister and together we developed a plan to surprise my father!  We set it up for my husband, myself, and my youngest daughter to go down and meet everyone the very next weekend.  Everyone was in on the plan except my father!!!  On January 2nd, we left work early and made the trip even though I was very nervous; unsure if they would accept me or my family.

My sister and family arranged for my father to be at her house that night under the pretense of a dinner get together.  Everyone who could make it was there to meet me and watch the reuniting of my father and I, it was all planned!  We phoned to let them know we were pulling in and they brought my dad to the garage.  As soon as I got out of the car he knew immediately that I was his long lost daughter!  We embraced each other in a hug that both seemed to last a lifetime and only 3 seconds!  There were tears of joy from everyone!  I was lucky enough to have a cousin video tape it in its entirety!!!  I introduced him to my husband, the man that made this all possible, I introduced him to his granddaughter, I told him about my other children as well as my grandchildren.

My husband and I and all my “new” family want to say a huge THANK YOU to Mr. Albright!  He has filled a hole in my life that I desperately wanted filled!  You are a wonderful man and I can never thank you enough!

Over the past two years, I have been on the search for my biological father. When I was 4 years old, my father had to leave to go find work to support both his self and me. Unfortunately my father lost contact with my mother and me after relocating to a different state. Thanks to William Albright’s Dallas private investigator services I can now say that I have a loving, budding relationship with my father. After only a day, William’s services were able to locate my father and provide very accurate contact information. Because of this, I was able to contact my father immediately. The reunion was everything and more than I hoped for. I’m will forever be grateful to William for finding my father. As of now, my father and I are scheduled to meet face to face this spring. I can’t wait!

I found Investigative Research Associates through a simple Google search. After talking with a few other Private Investigation companies, I was immediately sure that IRA was going to be my choice once Bill and I started talking. His professionalism and advice for my situation were head and shoulders above the rest, and he quickly began to address and calm my concerns about the reputation that many PIs have for running up a budget while doing very little.

Bill helped me during a true emergency, and since I was out of state and far away during this, he acted as my eyes and ears throughout this delicate and urgent matter. He was not only committed to the task at hand but was also incredibly efficient and always took extra time to explain the situation to me on the phone as it progressed. His critical thinking skills were a blessing as he adapted to the situation and continued to get positive results. He was also extremely successful at using the tools available to him to gather new and surprising information. Overall, the work of IRA greatly helped my child custody case in court, and I was able to remain calmer during this time just knowing that Bill was on my side and “in the field.” He proved to be a man of true integrity.

I cannot recommend Bill and Investigative Research Associates highly enough. My wife and I feel as though we’ve made a new friend in Texas, and I will forever be in his debt for the outstanding work that he provided to us during our time of crisis. -Ian

I talked with several private investigators before choosing IRA. They are always available, and are able to think outside the box on ways to achieve the results you are looking for. His help could not be measured, and I believe I would not have received the same results with other investigators. Top Notch. Would use again in a heartbeat if needed.

My husband and myself are involved in a lawsuit which was to go to mediation.  I contacted you only two days prior to that mediation.  You not only provided us immediate assistance which required travelling to two separate counties in order to research County records but you continually updated us throughout that day to evaluate your findings and confirm if we had exactly everything that was needed for that next day of mediation.   Mr. Albright, not only did you provide what was needed but you provided far more information that can be utilized at trial.  We had the evidence and we had the confidence the day of mediation.  Both of those elements were essential to our success.  Just last evening, I recommended you to another person that is going through a legal matter and in need of investigative services.

You are a prime example of perfection in your field.  Again, thank you so much. – Marie

Thank you. You have been awesome to me. I feel safe knowing I have a great PI such as yourself watching over my daughter and me. You are like a guardian angel for us. Hang in there and I will do the same. Here is till next time. -Beverly

I really want to thank you for all your professionalism helping me to bring my family back together.  Without your help it couldn’t have happened.  Thanks to you, my son has his mother back, and a much brighter future.  Your service was much more than what I expected from a private investigator; you were also a confidant, friend, and counselor.  Like I said Bill, Thanks again.

We accept all major credit card payments over the phone and online through Paypal. Click here to make a payment.